Our Annual Krewe of Turtles Parade rolls for the fifth time! 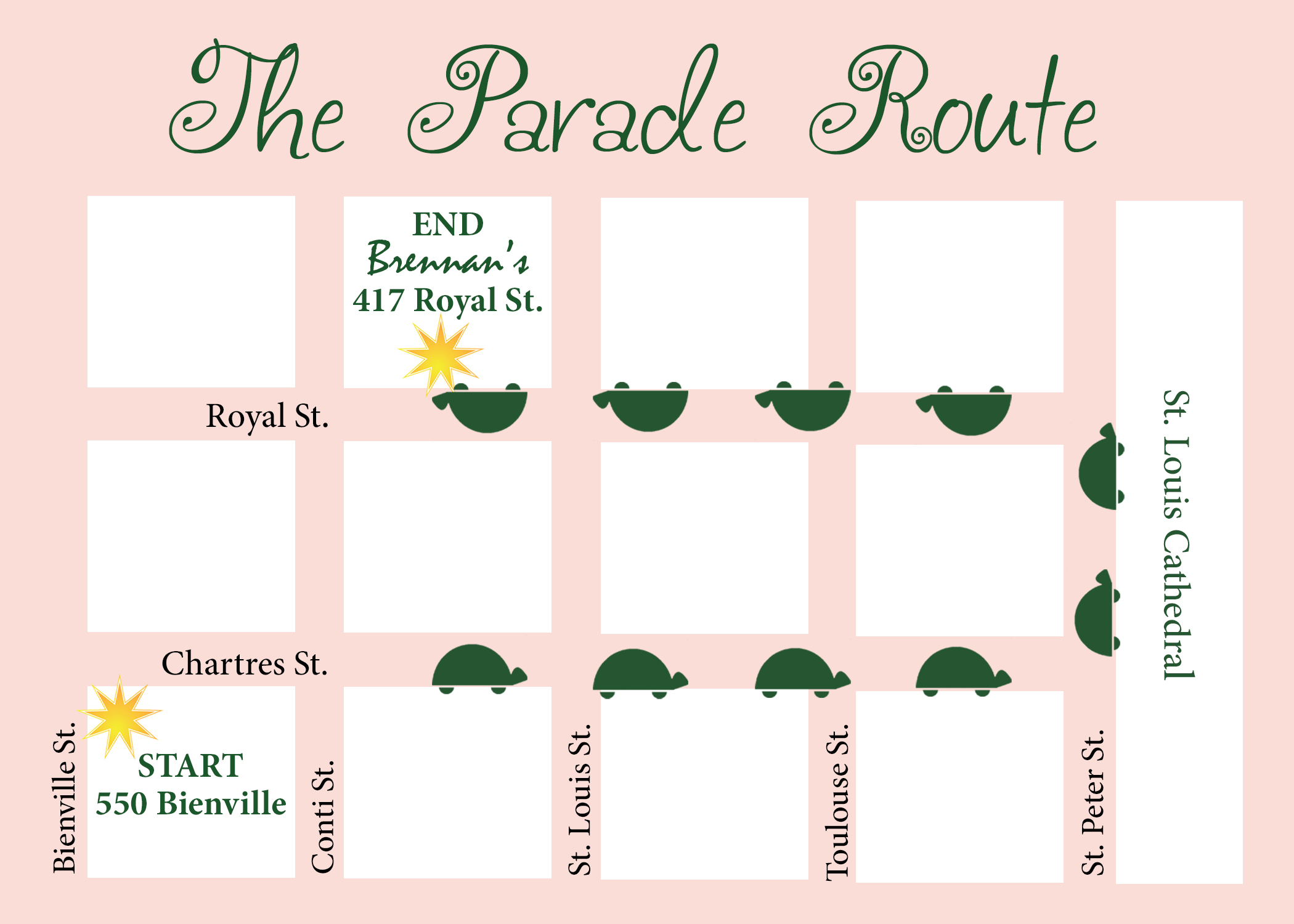 The Tale of the Ten Turtles - As the story goes, Brennan’s restaurant had the good fortune to adopt a family of turtles -- ten of them to be exact, and as green as they come -- who inhabit the fountain pool under a canopy of greenery in Brennan’s legendary courtyard.

In March 2015, after 19 months of displacement in a makeshift home in the backyard of Ralph Brennan Restaurant Group executive chef Haley Bittermann, the Brennan’s turtles were paraded down the streets of the French Quarter in “the slowest second line on earth”. As the turtles rolled through the front doors of Brennan’s down a custom-made green carpet on handmade wagon floats a new tradition was born.

Chef Slade Rushing and the Brennan’s team tapped into the traditions of New Orleans cooking, anointing five turtles with the harmonious names of the “Mother Sauces” of classical French cuisine: Béchamel, Espagnole, Hollandaise, Tomate, and Velouté. But more names were needed; hence, “The Muthas and the Othas” were born, with the five “othas” bearing the names of sauces that complete a New Orleans menu: Remoulade, Ravigote, Bordelaise, Mignonette, and Cocktail (the only male out of the ten.)

On Saturday, May 11th the Krewe of Turtles led by KinFolk brass band and police escort will roll for the fifth time through the streets of the French Quarter.  Complimentary courtyard reception to follow.

The Brennan's turtles are blessed with sly wit and personality...
Follow their courtyard antics and adventures on twitter @brennansturtles 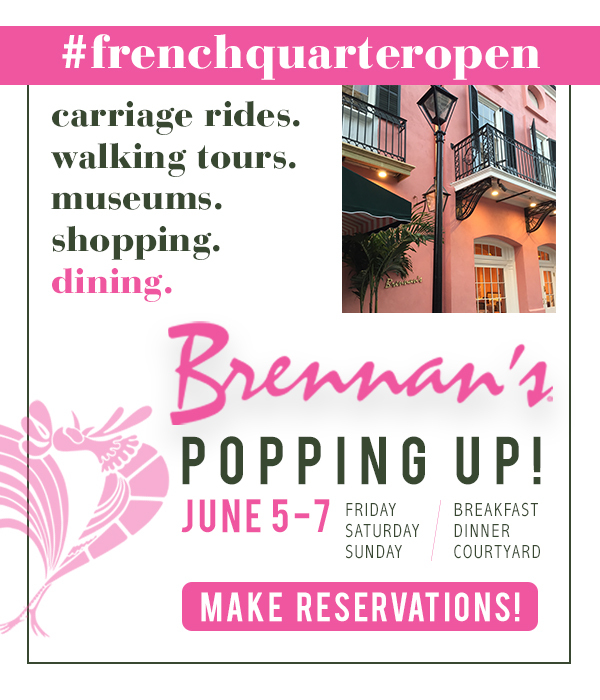