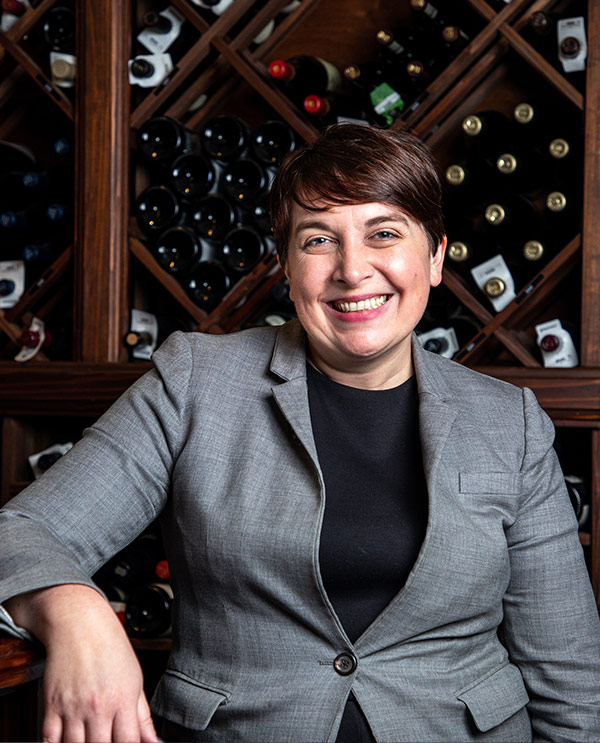 Wine Director Braithe Tidwell fell in love with New Orleans on her honeymoon -- so much so that she and her husband vacationed there annually before giving in and making it their home. At Brennan's, she has found her ultimate professional residence, joining the proprietors in their dedication to restoring the restaurant's legendary cellar to its original glory. In June 2021, that effort was rewarded with one of the wine world's most prestigious accolades: Wine Spectator's Grand Award. With the support and counsel of Brennan's owners, Tidwell has overseen a 50% growth of the wine list, largely by expanding the depth of its vintages. Her domain now boasts over 14,000 bottles, with a strong focus on Burgundies, Champagnes, and 'blue-chip' California wines, all calculated to complement the restaurant's James Beard-nominated menu, and fuel the festive rituals of 'Brunch at Brennan's' and 'Bubbles at Brennan's.' A great advocate of wine education, Tidwell conducts twice-weekly classes for her staff, which includes a growing number of certified sommeliers. Prior to the honor of the Grand Award from Wine Spectator, under her leadership, the wine program at Brennan's has received top marks including Wine Enthusiast as one of the "Top 100 Best Wine Restaurants of 2019," The Times-Picayune as a "Top 10 Restaurant of 2018," Southern Living as one of the "South's 10 Best Restaurants of 2017," The World of Fine Wine as one of the "Best Wine Lists in the World" in 2017, Open Table as one of the "100 Best Brunch Restaurants in America of 2017,"and more.

Originally from southern California [by way of Pennsylvania,] Tidwell began her study of wine as a back server at New York's Union Square Café, where the strong culture of staff education drove her to acquire as much knowledge as possible. She achieved certification from the Court of Master Sommeliers, eventually becoming the Wine Director of Union Square Cafe, and then GM of the Brooklyn Wine Exchange. In the French Quarter, she got her start as opening Wine & Beverage Director for Salon by Sucré. Tidwell holds a BFA in Acting from New York University, and says, paradoxically, "I've never actually used it, although you could say I use it every day in the grand theatre that is fine dining!"

Best Breakfast Spots in the South 2018