Situated next to the King's Room in what once was a double parlor, the Queen's Room is a dazzling tribute to feminine reign. Shades of aquamarine, lavender, pink, and ivory create a charming milieu of monarchy. The chairs, replicas of the design from Queen Elizabeth's coronation, are deep aqua velvet embroidered with gold crowns. Five-hued French style curtains in silk taffeta with festoons and jabots drape against a backdrop of wallpaper patterned in fleur de lis, the official symbol of Louisiana. Framed pictures of former carnival queens and a cache of bejeweled Mardi Gras memorabilia are on loan from the Rex organization. A glorious nineteenth century crystal and ivory chandelier of local origin illuminates the stately room, which seats thirty-two. Fit for a queen, indeed. 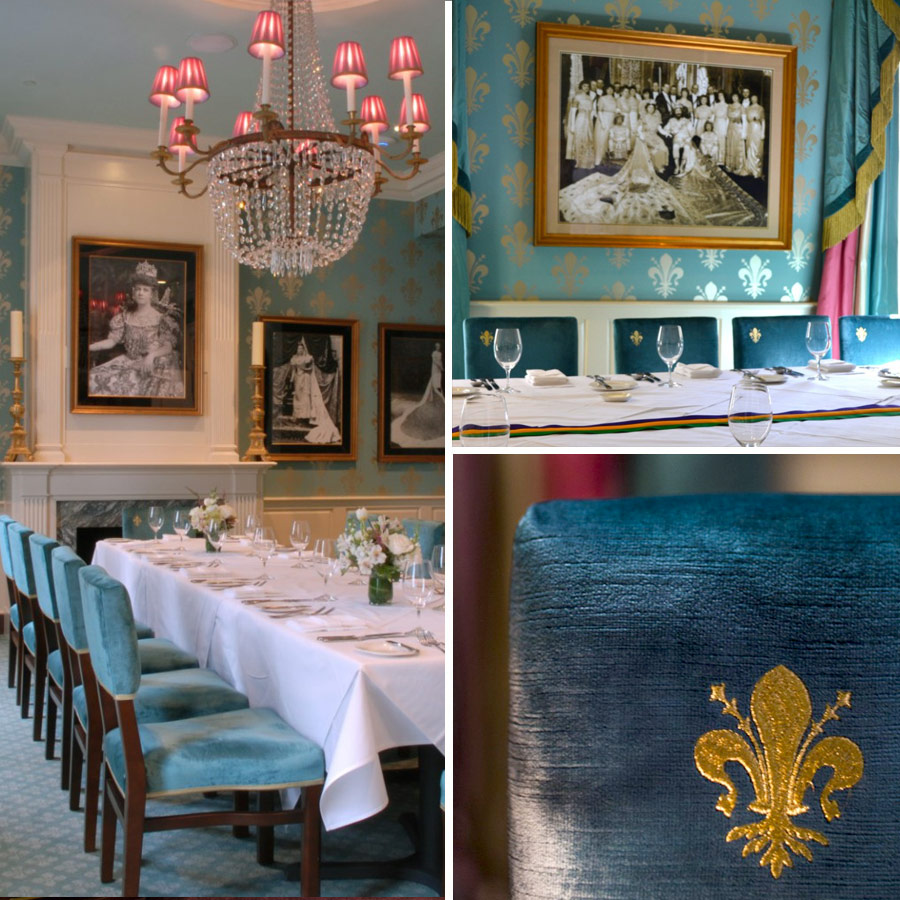 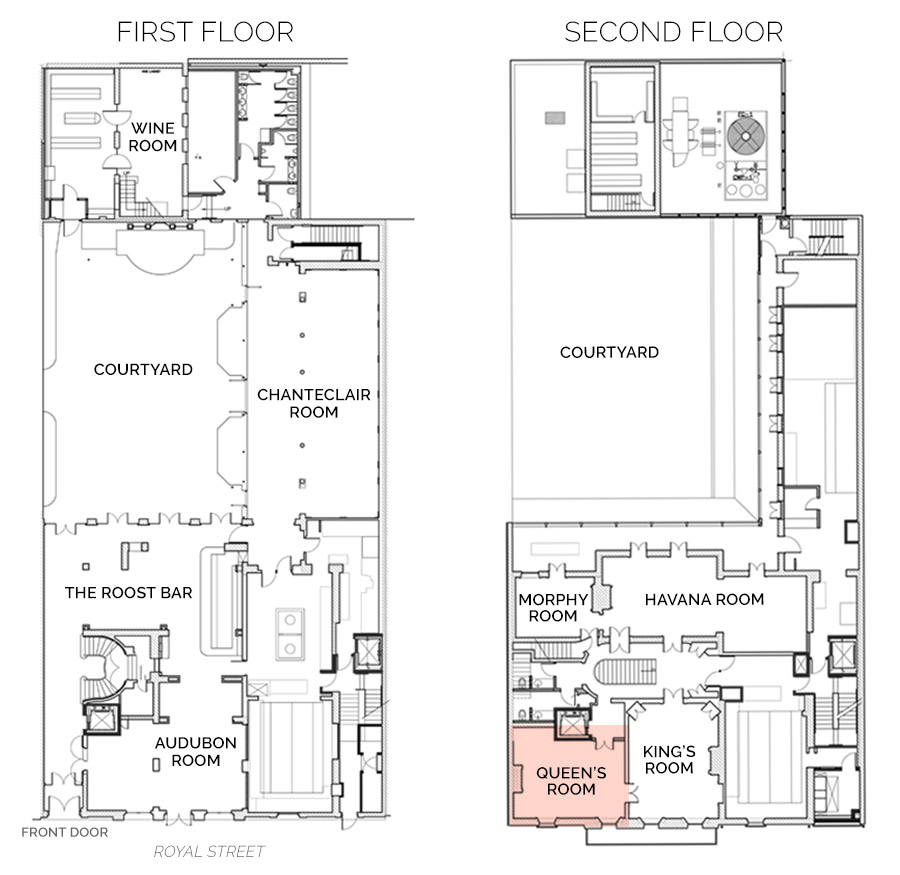 - The World of Fine Wine